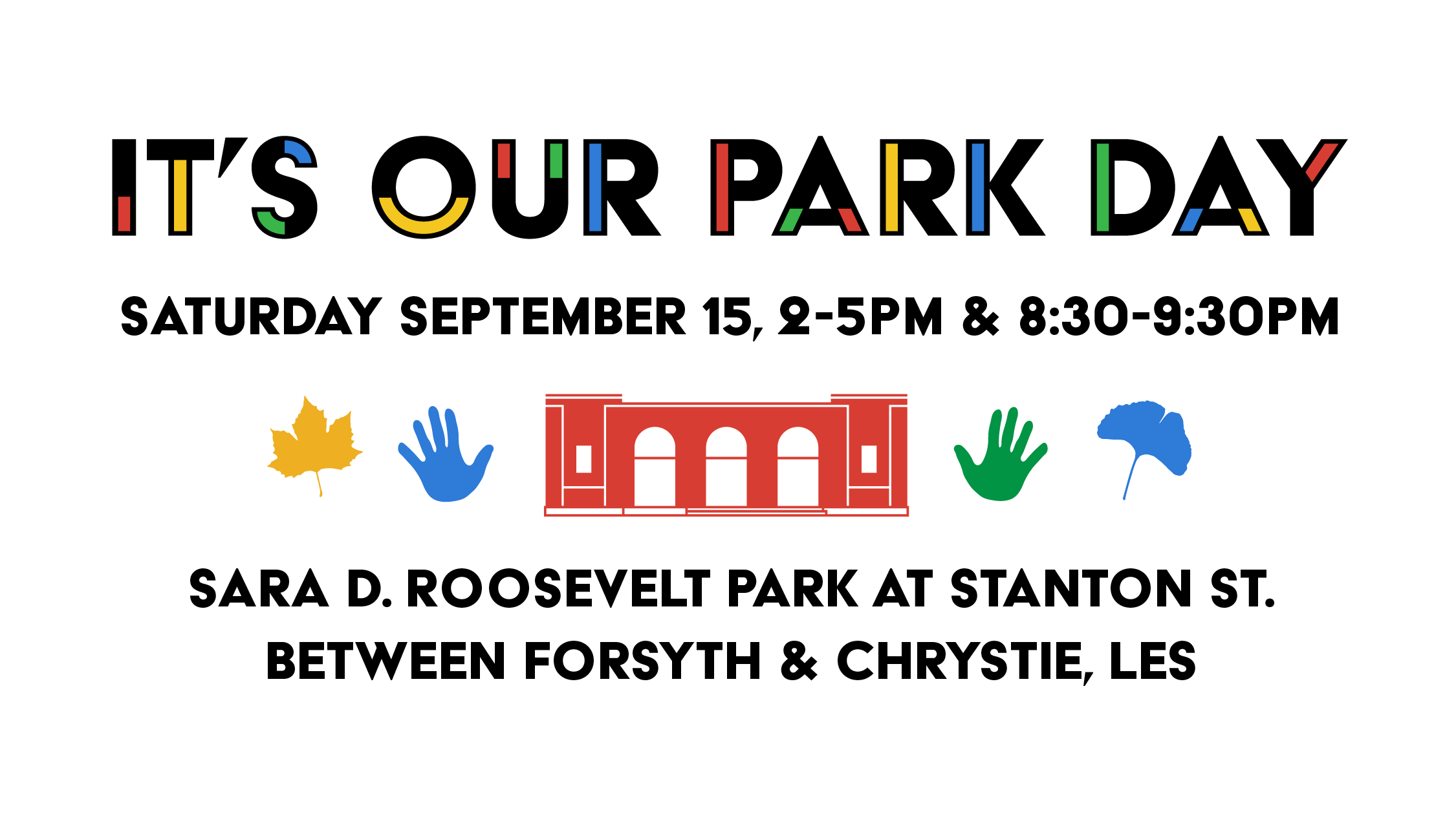 Afternoon session — 2pm-5pm
The afternoon will include speeches from organizers and local representatives along with live music, dancing and martial arts lessons, art-making activities, free bike repair services, a youth bike helmet giveaway, and opportunities to get involved in the campaign.

Evening session — 8:30pm-9:30pm
The evening will feature projections by The Illuminator of artwork made during the afternoon session along with historical images from the site and neighborhood visions for the Stanton Street building’s future.

The Stanton Building Task Force was formed by the Sara D. Roosevelt Park Coalition, University Settlement and Green Map System to return a NYC Park building to the neighbors of the park. Though the building was built for community use in 1934, the building became storage for all of Manhattan’s parks following the city’s financial crisis of the 1970s. Despite promises dating back to 1998, now, twenty years later, there is progress to report and new ways to get involved.

Support the return of the Stanton Street building for community use!