LES Black & Red is sited adjacent to ground which was once a primary and ancient Lenape trail, some of the first farms owned by freed Africans under Dutch rule, and an important burial ground for Black New Yorkers, unmarked and built over.

The project includes seven collage works inside the garden which honor individuals, groups, and sites of importance to Black histories in the Lower East Side, and four ‘light boxes’ attached to the exterior fence at Rivington Street which focus on values of Courage, Justice, and Collaboration.

Born and raised in the Bronx, Dennis RedMoon Darkeem is an artist and educator of Yamassee Creek-Seminole Native American and African American descent. He has been artist in residence at organizations such as Wave Hill, the Laundromat Project, The Point, Bronx Children’s Museum, and Jamaica Arts Center.  Darkeem’s work has been exhibited in multiple museums and galleries, including the Bronx Museum of the Arts, Brooklyn Museum, MoMA, and Bronx Art Space. www.dennisredmoondarkeem.com

LES Black & Red was co-commissioned by Downtown Art and FABnyc, as part of their ongoing project, The People’s LES, with support from the NYC Department of Cultural Affairs.  We also thank the members of M’Finda Kalunga Community Garden for their years of work to recognize Black histories of the LES and their openness to bringing LES Black & Red to their garden. 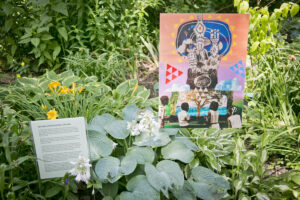 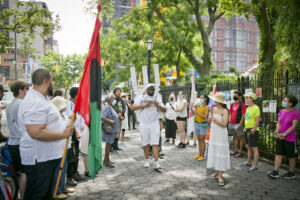 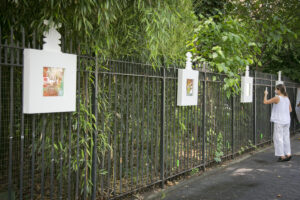 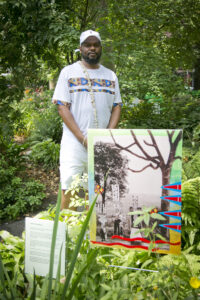