This article is part of FAB’s ReparationsNYC project – which explores why and how reparations to Black communities could be addressed in NYC.

Last week, the Asheville, NC City Council made national news by unanimously voting to start a process of reparations for historic harms to its Black community.  As the Congressional bill H.R. 40 – “a study and consider a national apology and proposal for reparations” awaits movement in Washington, others are taking the lead.

Besides Asheville, there are initiatives in Providence and Chicago and a proposed statewide initiative in California.  Evanston, IL has already begun the work, using 100% of the sales tax on recreational marijuana to fund its reparations program.

Asheville has a population of 93,000, of which 12% are Black.  Local response to the Council’s resolution was mixed as can be expected, but a reporter for the North Carolina News Daily noted how frequently commenters voiced surprise that the mountainous northwest of North Carolina engaged in slavery.  Peter Tomasek responded

“ The logic goes like this: there weren’t many plantations, so there weren’t many slaves. But there was plenty of wealth to be made on the backs of slaves. Slavery was prevalent on small farms, in hotels, mines, and plants, and even with professionals like lawyers and doctors.”

“I always felt like reparations were going to come from the federal government and trickle down. ……..But I think that’s the idea of this movement:  We’re trying to defy and dismantle the top-down power, the top-down decision-making, and do something that really focuses on empowering the people and their families and their community.

Highlights from the Asheville City Council resolution include: 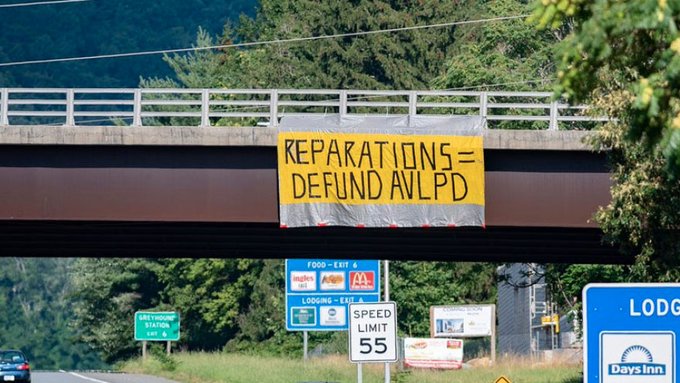 View all posts by FAB Admin