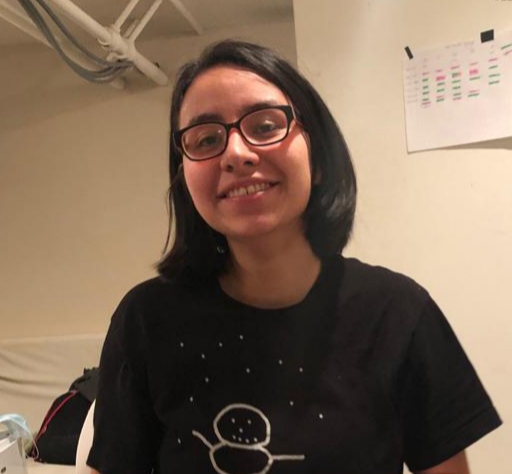 Maria I. Arreola is a Chicana playwright living in the Bronx, but originally from Blue Island, Illinois. She writes plays that make her laugh and she hopes will make others laugh as well. She’s had her work produced at Facility Theatre, Curious Theatre, Horizon Theatre, and Theatre Three and is currently working on a project for Pocket Theatre VR. Maria is a recipient of the Kennedy Center Region 5 John Cauble Short Play Award and a former Ascending Playwright at Yonder Window Theatre. Maria is primarily inspired by their family. 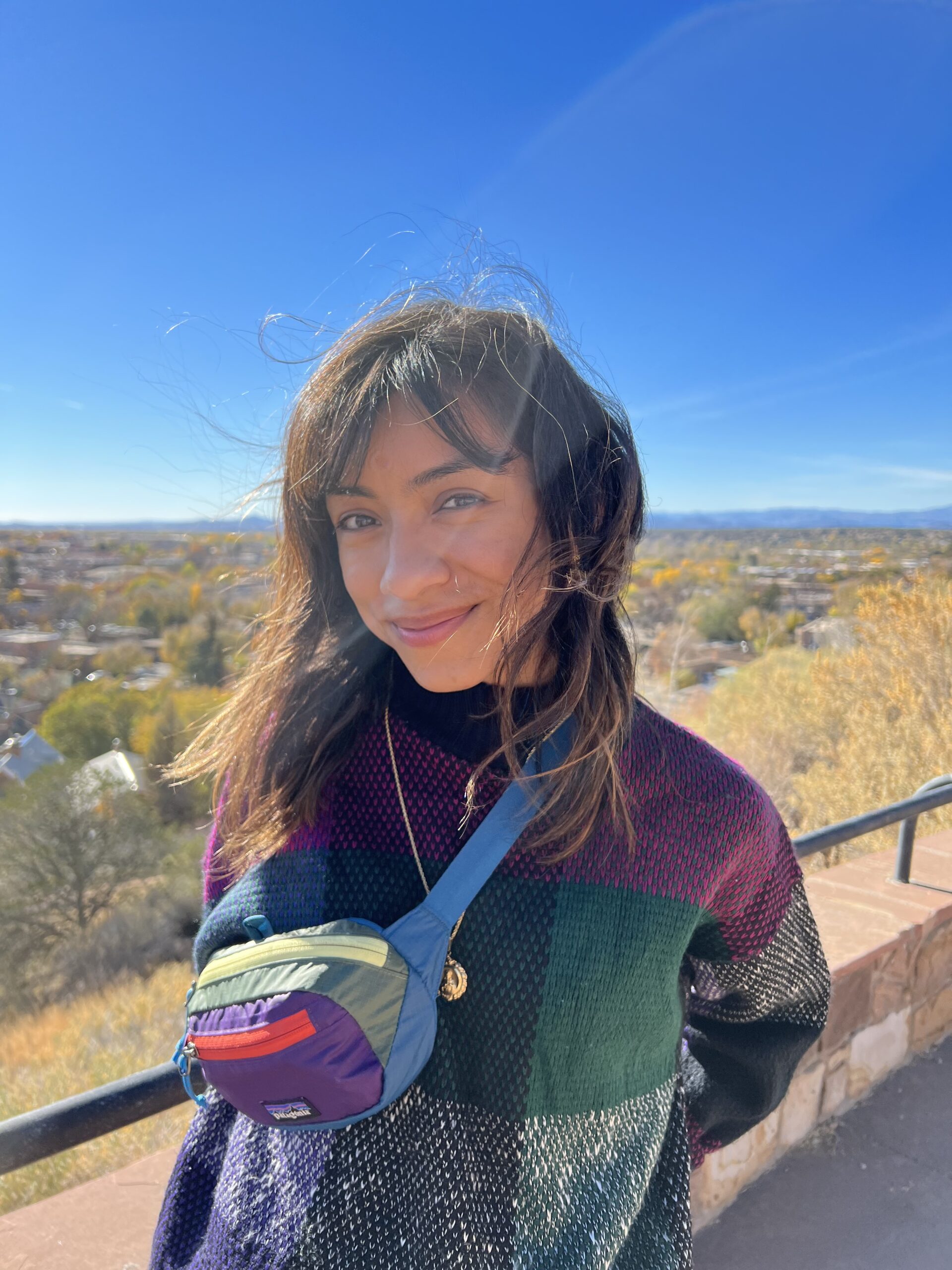 Ayling Zulema Dominguez (she/they) is a first-generation Chicana-Dominicana poet, collage artist, mixed media community artist, and youth arts educator from Bronx, NY. Her poetry and public art installations are rooted in radical love, and aimed at affirmation as a step towards liberation. She believes in art that offers protest and nurtures a search for wholeness outside of systems of oppression. Their work dares to ask community members, “Who are we at our most free?” Ayling currently teaches spoken word and visual art classes in public schools across the Bronx and Washington Heights. Select poems of hers have been published in No, Dear Magazine; Moko Magazine; La Galería Magazine; The Protest Review; Latino Rebels; Bronx Free Press; and Alegria Magazine’s Latinx Poetry Anthology. 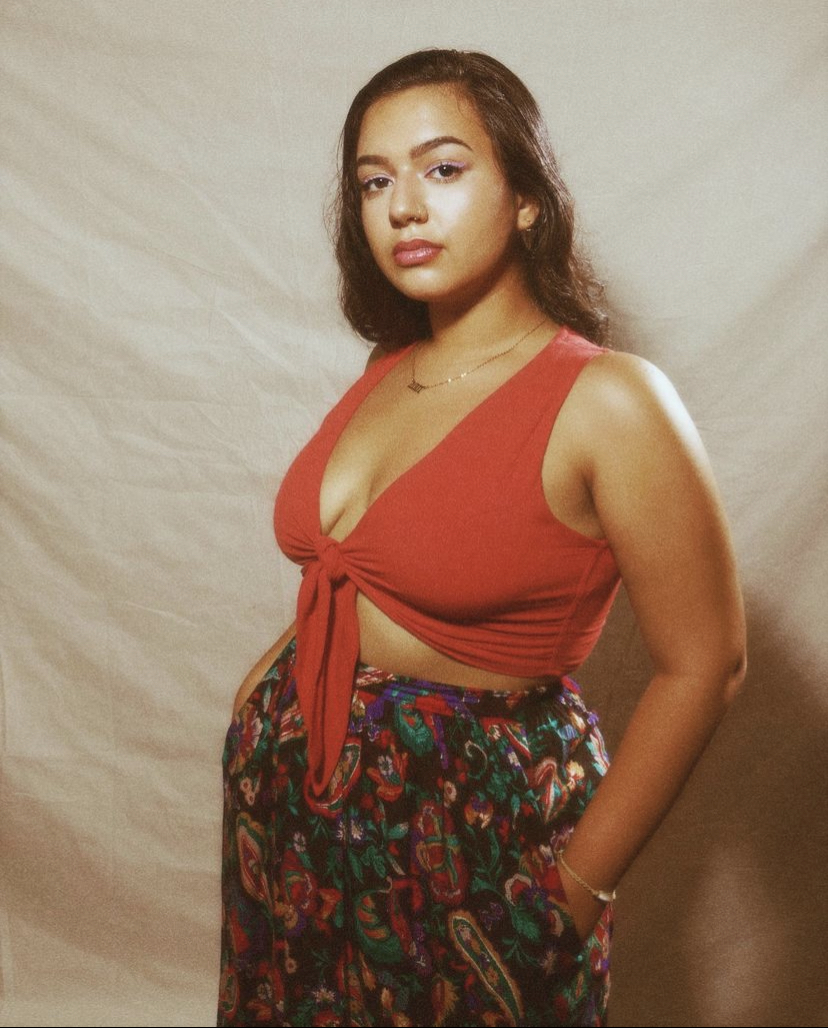 Hailey DelValle is a Nuyorican multimedia artist, photographer, writer, curator, activist and organizer. Her work ranges from documentary filmmaking to painting to poetry, and includes various mediums. Born in the Lower East Side and raised in Puerto Rico, Hailey is interested in the intersection between art and the struggle of the colonized, and how advocacy can be achieved by learning from the wisdom of radical Caribbean art history.

Hailey has worked at the Brooklyn Museum, the Met, and is currently an education intern at El Museo del Barrio in Harlem. She is also education co-officer for the grassroots political organization New York Boricua Resistance. 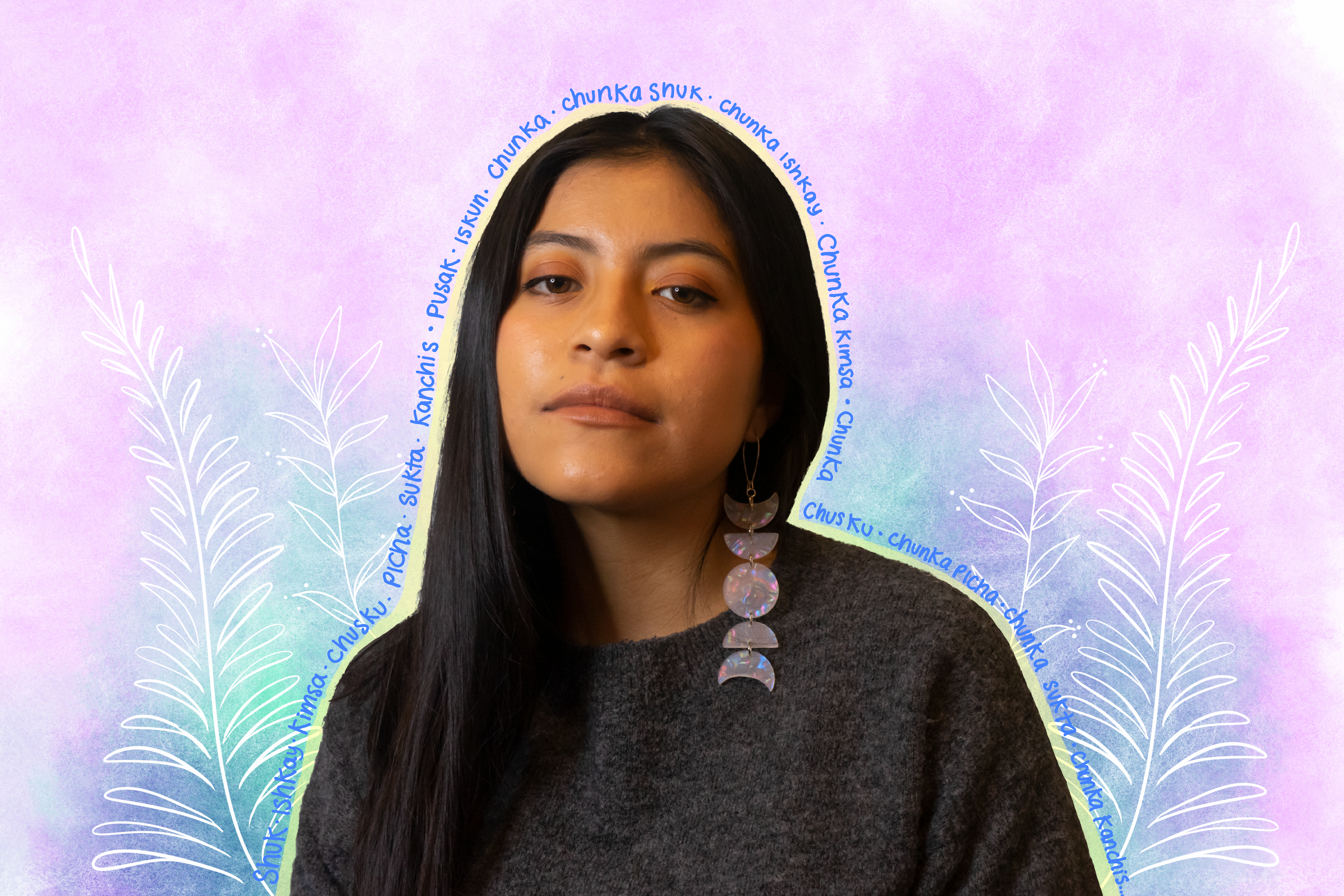 Adina Farinango is a Kichwa Artist using art as an act of resistance, healing, and self-expression. Her illustrations are a way to navigate and strengthen her own identity as an urban Indigenous part of the Kichwa diaspora. Her work is heavily influenced by the resilience and strength of matriarchs in her community, past, present, and future.

Through this practice, she seeks to Indigenize digital spaces as a way to reclaim her narrative as an Indigenous woman. She is currently based in Lenapehoking Territory (New York City). 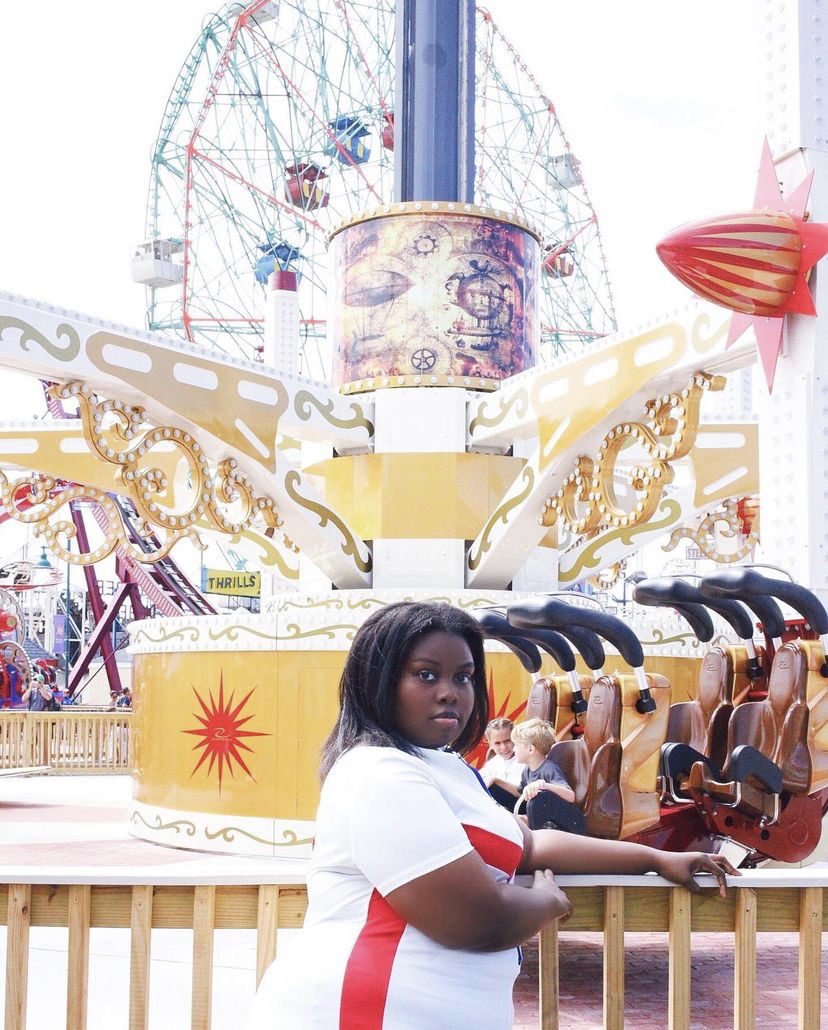 Tiané Goines (they/them) born and raised in NYC. Tiane is an artist/cultural worker & participant in mutual aid. Tiane’s current stage of creating is based on what is accessible to them. That involves pieces that are made digitally from photos they have sitting on their phone they took themselves over time. 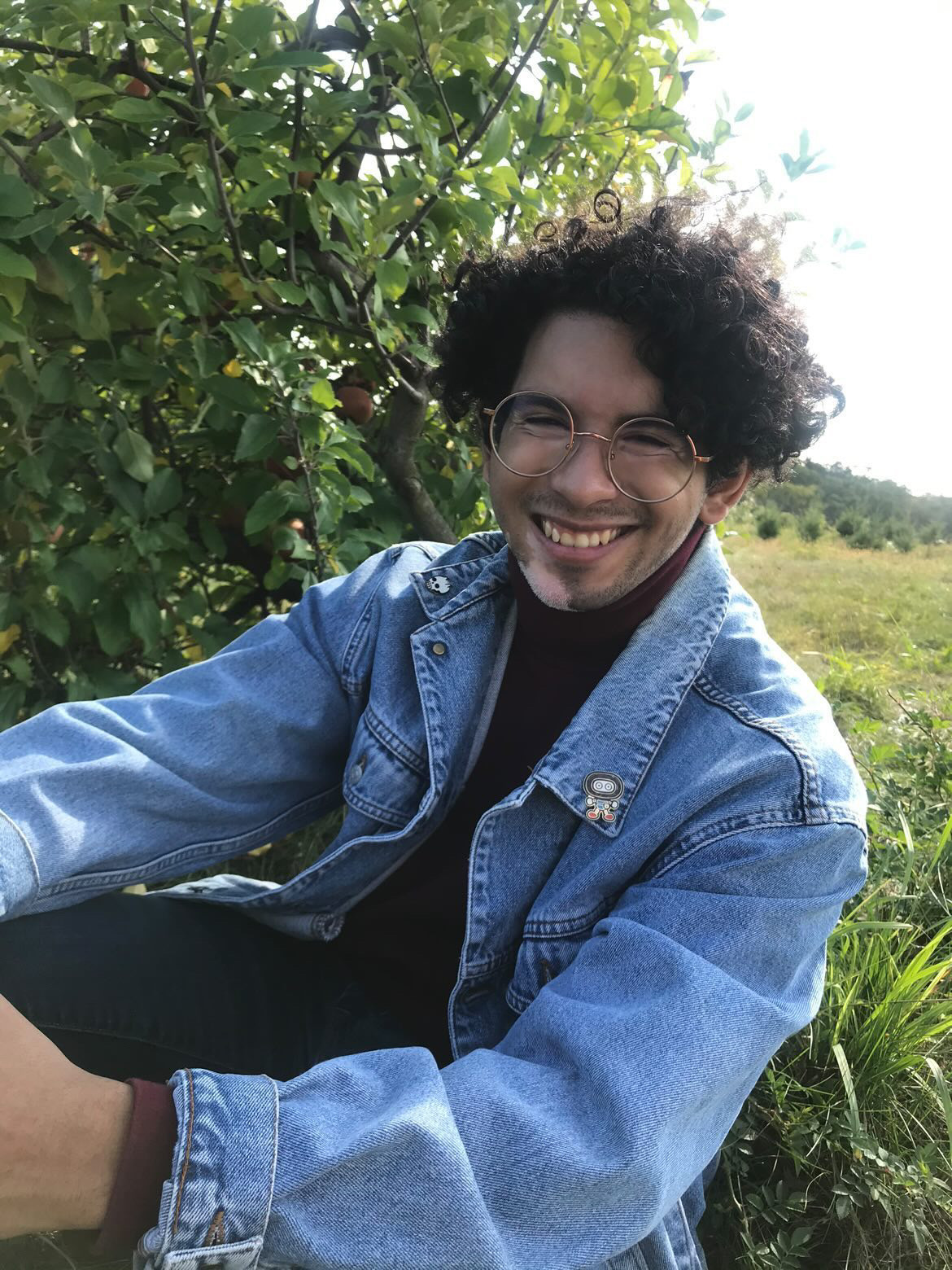 Alfonso Gonzalez otherwise known as ‘Husk’ is an NYC Based independent comic artist and writer. He spends his time working at his comic anthology Somewhere There, but in between issues he tries to learn something new or improve his fundamentals.

Alfonso’s work is heavily influenced by personalities, quirks, and intimate stories he pesters from people he interacts with everyday. By analyzing these recollections he creates characters and stories that not only reflect himself, but the people who add color and reflection to his life with their unknowing contribution everyday.

Check out his work here! 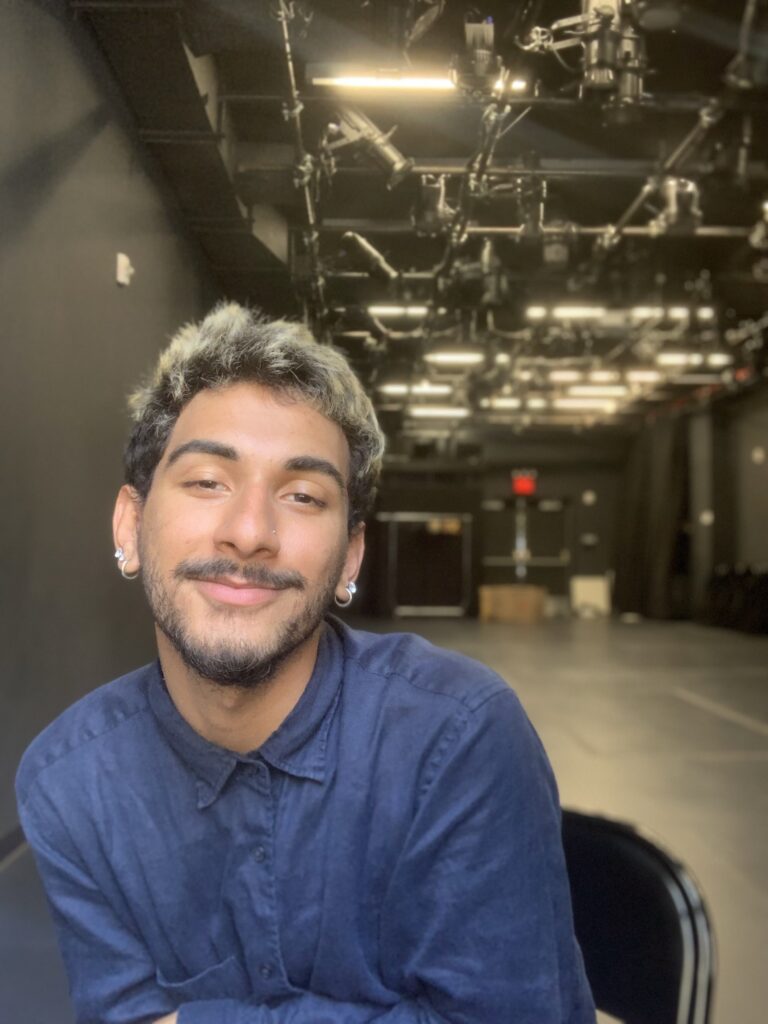 3issa is primarily a movement and pretend artist, but participates in multi- and interdisciplinary art forms as well. They believe in making solidarity and liberation-based performance art engaging the bodies of Brown/ed and queer people.

Their body, their communities, and love ground and guide their creative practice. Therefore, they are invested in decolonial world-making that aims to realize the potentials of a world without oppressive infrastructure. 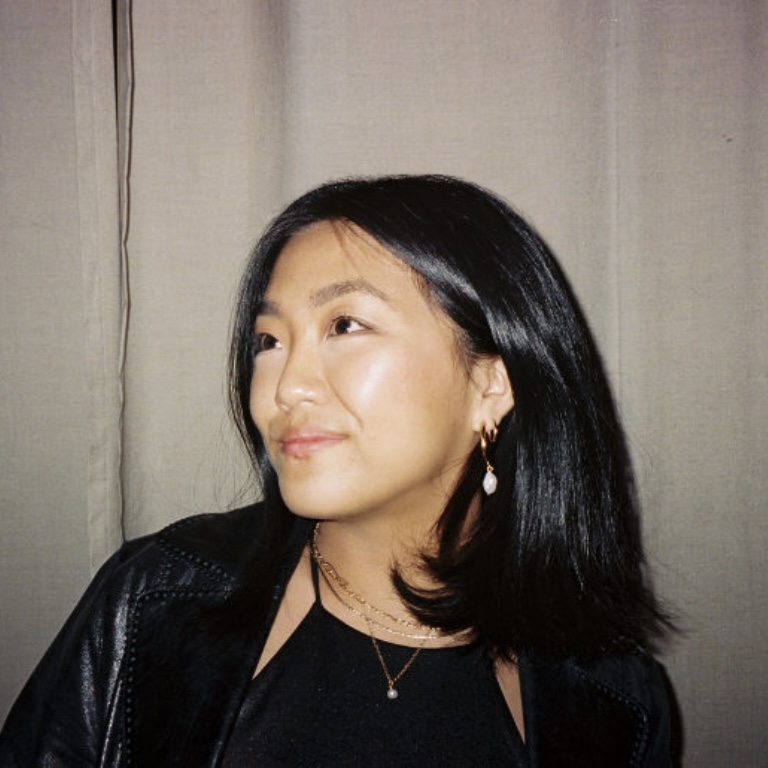 Hannah Miao (b. 1999, Cleveland, Ohio) is an artist, writer and journalist based in New York. Her painting practice explores Asian American-ness, femininity and selfhood through portraiture. Hannah is a member of the inaugural cohort of the Bandung Residency (2022) at Asian American Arts Alliance and the Museum of Contemporary African Diasporan Arts. She graduated summa cum laude from Duke University, where she studied public policy and theater studies. Hannah is the recipient of the Joel Fleishman Distinguished Scholar Award for Highest Academic Achievement from the Sanford School of Public Policy (2021), the Fischer-Zernin Award for Local Journalism from the DeWitt Wallace Center for Media and Democracy (2020) and Diversity in Arts Leadership from Americans for the Arts (2019). 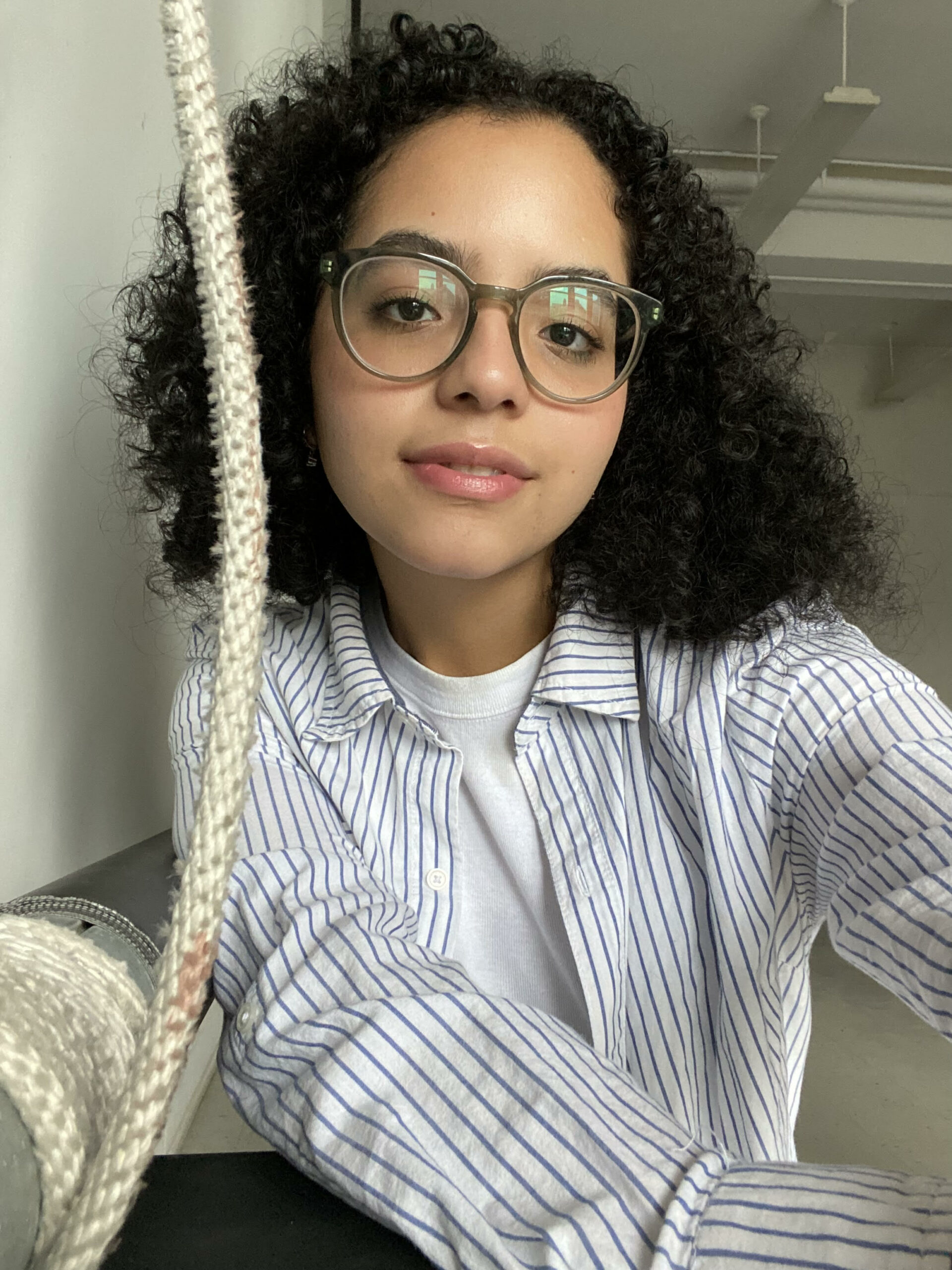 Nahomi Rizzo is a student at The City College of New York pursuing a Bachelor of Arts in English with a creative writing concentration and a minor in cinema studies. Her work encompasses a variety of mediums, including narrative filmmaking, film & digital photography, and writing short memoirs & poems. Her work delves into themes such as her Ecuadorian identity, vulnerability, internet culture, and the human condition.

She is also an activist who has spoken out against gentrification and the displacement of low-income residents in her Lower East Side neighborhood. Nahomi is adamant about preserving the vibrant culture and history of the Latin American community, which has been present in the area for many years. 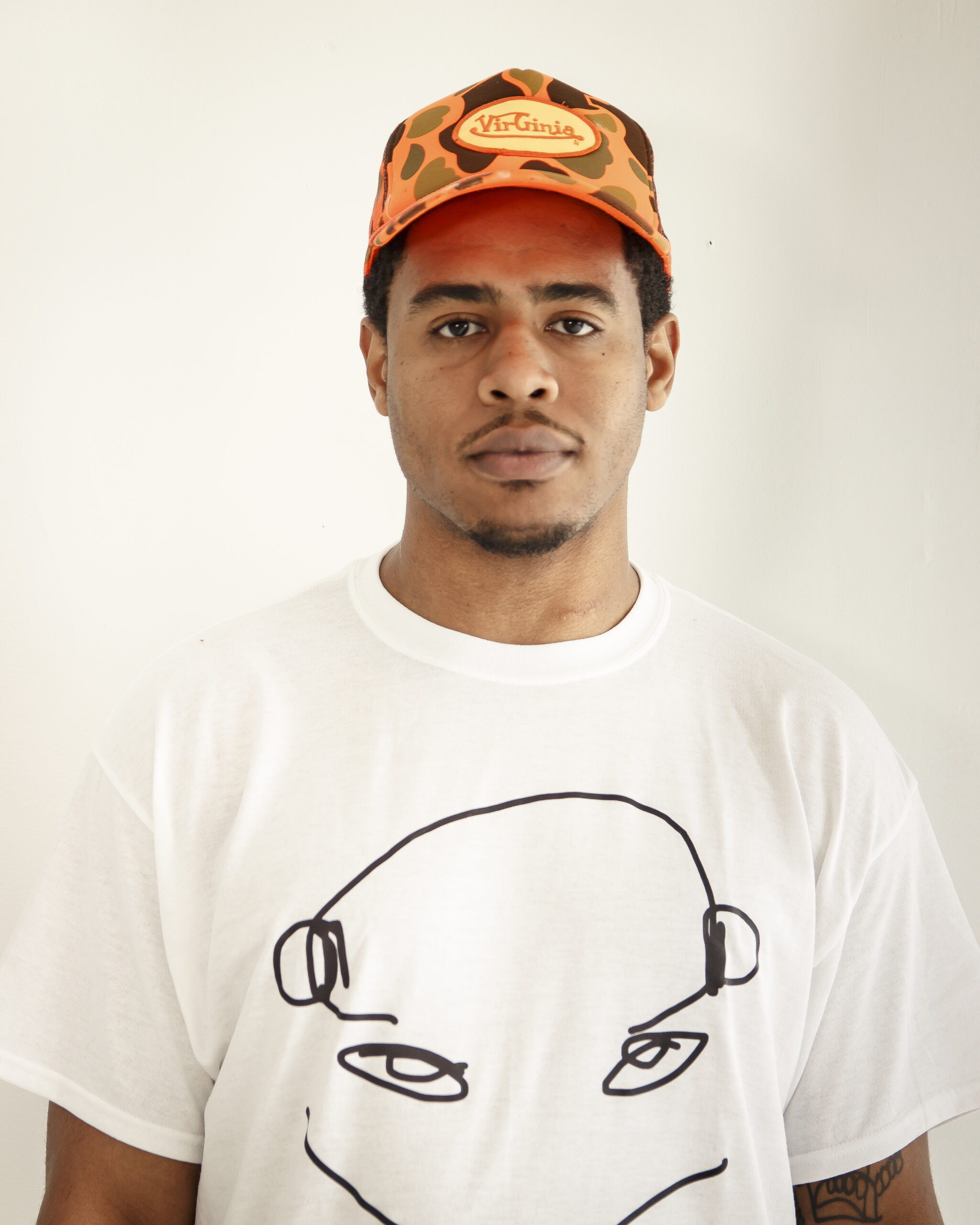 Mark is an abstract expressionist painter who also takes creative refuge in Afro-futurism masks and sculptures. The artist intertwines tribal influences from around the globe on a foundation of African diaspora. Inserting his own identity from American culture and influences of the 21st century. His work captures the stories of his family and culture. Persevering the traditions and honoring the dialogue in his craft.

Mark is on a mission to empower his community while elevating minority representation in fine art and Web3.