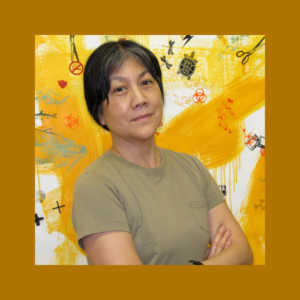 Tomie Arai (she, her) is a public artist who lives and works in NYC. She has designed both temporary and permanent public works of art for Creative Time, the US General Services Administration Art in Architecture Program, the NYC PerCent for Art Program, the Cambridge Arts Council, the MTA Arts for Transit Program, the New York City Board of Education and the San Francisco Arts Commission.Tomie’s work has been exhibited nationally and is in the collections of the Library of Congress, the Bronx Museum of the Arts, the Japanese American National Museum, the Williams College Museum of Art, and the Whitney Museum of American Art. In 2015, she co-founded the cultural collective, The Chinatown Art Brigade with artists Betty Yu and ManSee Kong.

Dipti Desai (she, her) is Professor of Art and Art Education and Director of the Graduate Art + Education Programs at New York University. As a scholar and artist-educator her work addresses the intersection between visual art, activism, and critical pedagogy. She has published widely in the area of critical multiculturalism/critical race theory in art education, contemporary art as a pedagogical site, critical pedagogy and artistic activism. She is the co-editor of Social Justice and the Arts published by Taylor and Francis and co-author of History as Art, Art as History: Contemporary Art and Social Studies Education. She has received the Studies Lecture Award for scholarly contribution to art education, Specialist Fulbright Award and the Ziegfield Service Award for contribution to International Art Education. 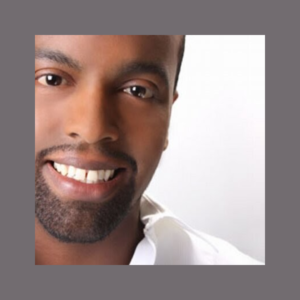 Winston Estevez (he, him) is the Artistic Director of IATI Theater. He is an actor, accomplished scientist in Mathematics and Computer Science from Fordham University, and Administrator in Human Resources from Cornell University. Winston has worked as an actor in multiple theater companies in New York, Puerto Rico and Colorado. He has also worked at NYC Health & Hospital Corporations, General Electrics, and The Feinstein Institute for Medical Research. 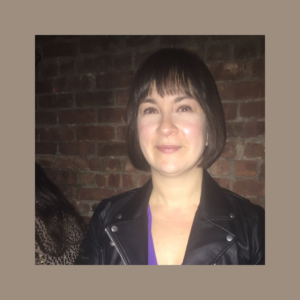 Lee Ann Gullie (she, her) is currently the Development Director at New York Theatre Workshop, one of New York City’s premiere Off-Broadway theatres. Her fundraising experience has earned her the opportunity to work as the Director of Philanthropy at Make-A-Wish Metro New York, as the Development Director at Ars Nova and as the Associate Director of Development at Second Stage Theatre. Lee Ann is a graduate of Cornell University, a Board member at FABnyc and a Development Committee member at CO/LAB, a theatre company that offers individuals with developmental disabilities a creative and social outlet through theater arts. Lee Ann lives in the East Village with her husband and daughter. 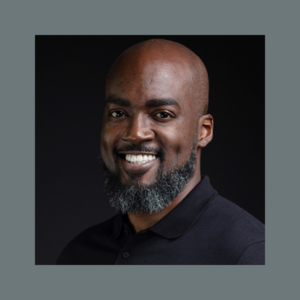 Molaundo Jones (he, him) identifies his work as converging at the intersection of art, entrepreneurship, education, and professional development. He is founder of The Clever Agency, a content creation and brand development consultancy. He currently works with organizations including the New York City Arts in Education Roundtable and Renegade Performance Group. At Queens Council on the Arts, Molaundo curated professional development programs for artists, managed the SU-CASA Artist-in-Residence program, and Downtown Far Rockaway Artist Commissioning Program. He has also been a part of the External Relations team at Fractured Atlas, co-curator of the 2020 Southeast Queens Biennial, and a teaching artist for communities of all ages. Molaundo earned a BA in Business Administration at Morehouse College and received an MFA in Fine Arts from the School of Visual Arts. 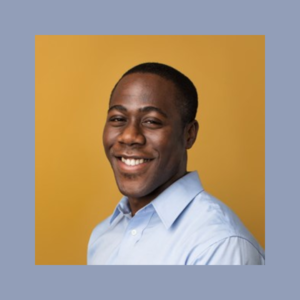 Chimene Okere (he, him) is the Program Officer for the Unitarian Universalist Congregation at Shelter Rock, a national philanthropic giving program which provides long term, core support for social justice organizing. Previously Chimene served as a Program Associate at the Ford Foundation and was a special adviser within the Obama administration’s Small Business Administration (SBA). He holds an undergraduate degree from the University of Memphis in economics and Italian. Originally from Chicago, Chimene resides in Brooklyn, New York. 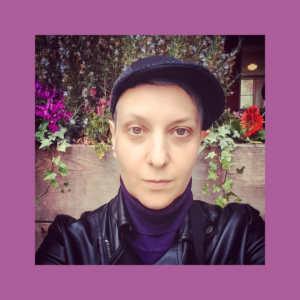 Jasmina Sinanović (they, them) teaches at Anthropology, Gender Studies and International Studies Department at the City College by day and is a performing/theatre artist by night. Their research interests are in queer, performance and postcolonial theory as well as the study of the idea of Balkanism. They hold an M.F.A. in Dramaturgy from Stony Brook University and M.A. in Theatre from CUNY Graduate Center via Brooklyn College. Currently they are working on two projects – a research on an experience by trans and non binary adjunct faculty at CUNY and a play on isolation, violence and ending of the world as we know it. Jasmina is a member of WOW Cafe Theater – a women and/or trans theater collective in the East Village