The Lower East Side Young Artists of Color Fellowship is a group of early career BIPOC LES artists and residents, aged 18-25.  The Fellowship includes weekly meetings,  guest artists, work shares and culminates in a curated exhibition by the fellows.

The LES Young Artists of Color Fellowship is a program of Downtown Art, FABnyc, and Good Old Lower East Side (GOLES). 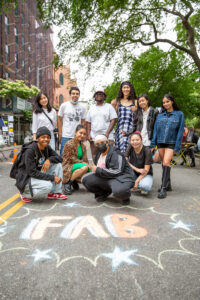 2021 LES Young Artists of Color Fellows
Get to know the current Fellows and read their bios below. 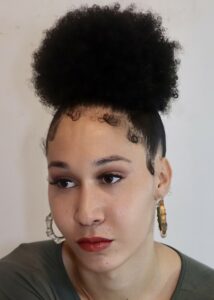 Danyele is a biracial, Black, transwoman set-maker from Virginia, working at the intersection of performance, social-practice, and sculpture. Embodiment and community are the total orbit of Danyele’s practice, and the ‘set’ is her material trajectory. She creates her multidisciplinary, time-based sets by merging and cycling roles as performer, organizer and sculptress. Currently Danyele organizes with For The Gworls around Black trans health and housing justice, and she holds a Public Engagement Fellowship at Dia Art Foundation (2019-2021). Danyele has shown work at the Anderson Family Collection, Dance Place, Performance Space NY, and the Hemispheric Institute NYU. She is represented by the House of Nina Oricci and received her BA in African American Studies from Stanford University (2019).  website 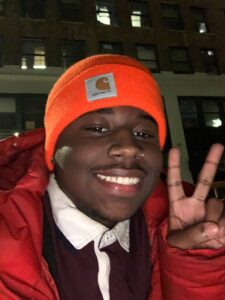 Adaamu Benton is a visual artist based in New York City. Adaamu’s work is a visual respiration of his thoughts, spirituality, and emotions; often linked with the religion he has made in his art world.

I speak best through art, cries for meaning, love letters, and questions all in paint, markers, and 1s & 0s. My art is influenced by the empty space, the stains on tiles and the cracks on the ceiling. – Adaamu 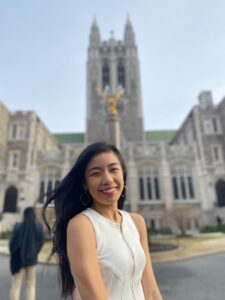 Jennifer is the daughter of a Vietnamese refugee and immigrant. She is passionate about fighting displacement and gentrification in Two Bridges, where she was born and raised. She dreams of one day becoming a documentary filmmaker and photographic journalist. Outside of being an organizer, Jennifer loves to dance. She is currently dancing bachata, practicing Salsa, and looking for a dance partner!

Erica Cisneros (b. 2000, New York, USA) is a photographer, illustrator, sculptor, media artist, and mixed media artist. They work in these media because they have a fascination of making art in any medium that will let them freely express myself. They are inspired by the visual artist they have multiple artists that they are fascinated with; El Salvador Dali to Andy Warhol because they show them that their express can be translated though the medium and that they can break the boundaries of those mediums as well. They are also inspired by horror and psychology because from the unknown they get thrown into or willingly step into to experience the adrenaline.

The main subject of Erica’s work is what themself enjoy and question which is important to them because they get to have full control of what aspect they want to use or leave out. Their art-making process consists of thinking over the idea and sketching out multiple ideas until they find one that they find fascinating. This is important to understanding their work because their first ideas seem the best, however as they think of it more they could make something even better. The ideal exhibition space for their work is a gallery because you are able to physically feel and see the process of trial and error. 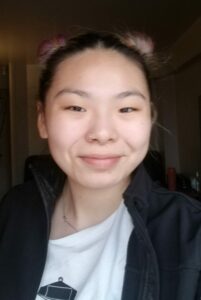 Coco Lin is an Asian American artist born and raised in New York City. She has always had an interest in drawing but became more engaged with it in seventh grade. Throughout her middle school and high school career, she has exhibited in a few ArtsConnection shows. In high school, she mostly focused on oil and acrylic painting but always returns back to dip pens and ink. Her art more than just aesthetics, she wants to tell stories about the impact of racialized institutions, equality versus equity, life, and death. Themes that make people ruminate about their own values and what they can do to change the world. She is currently working on a self-published zine to archive her own work. Also, exploring her love of inking with occult themes and is planning to put them on pins and make custom rugs out of those designs.

I’m an artist from the LES that mostly works with pen and ink. But I also like to dabble in painting and taking photos. I like my work to be fun to look at, even when it has a dark message, there is a childlike look to them. If people live life with a heaviness on their shoulders, where is all the fun? – Coco

Danny Chicon-Ramirez is an undergraduate, Hispanic actor, comedian, and writer based in New York City. During his career, he has trained under companies such as Wooster Group, actors such as Peter Rini (Orange is the New Black) and Peter Romano (New Amsterdam) and has worked with directors such as Gregory Mosher and Nilaja Sun. He has also written and produced three short films. The last of which, JULIO: The Julio Irving Story About Julio Irving (Starring Julio Irving), has gone on to appear in five New York City film festivals.

With a passion for all aspects of art, Rashard studies towards a degree a in fashion design. Previous works include “A link to the Past” a photo book published with aperture that explores connections between fashion of today and the 90’s. Rashard lives looking for new ways to express his creativity. 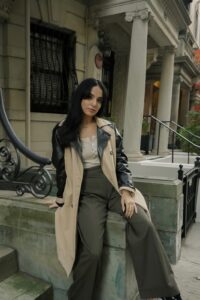 Violet Guerrero Ponce is a Mexican photographer based in New York City and is currently pursuing her Bachelors of Art in Photography at The City College of New York. Through film and digital photography she explores fragments of life as an abstract form. Her work oscillates between the perimeters of fine art and fashion photography, emphasizing the human body. Violet uses the language of fashion to tap into notions of identity and representation. Her style principally focuses on body, posture, and garments, revealing that communication is far more complex than we perceive it to be. Violet’s blend of nature, color, tone, and texture calls attention to the hidden details of life that people often overlook. Violet’s work is heavily influenced by her culture, the upbringing in a family of undocumented immigrants, and past experiences that have equipped her to express herself as a U.S. Navy Veteran, a Woman, and an Artist. 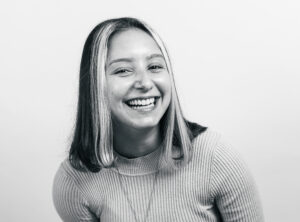 Imani Vieira is a movement  and collage artist currently based in New York City. Imani began her dance journey at the Boston Arts Academy, Boston’s only arts high school for the performing and visual arts. She graduated with a Bachelor of Fine Arts in Dance from the University of the Arts in Philadelphia. Currently, she dances for ModArts Dance Collective, a Harlem based dance company whose mission is to tell the stories of historically marginalized voices. Recently, Imani has begun to explore more of her artistry and creativity through collages, exploring the realms of imagination and color studies. 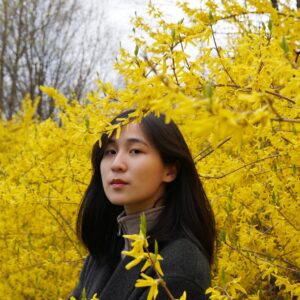 Jiayan Yuan is a Chinese born visual artist whose work engages with ecological concepts. She is currently based in New York City. She graduated from the City College of New York with a Bachelor of Art in Studio Art in 2020. Her works are influenced by her diverse educational background and the artistic movement, Surrealism. She seeks to explore the theme of human versus the unknown by illustrating dream-like scenes and illogical juxtapositions. She employs a non-anthropocentric perspective to guide the audience into her artwork. Her work aims to raise ecological awareness of the importance of harmonious coexistence between human and nature.

This program is supported, in part, by public funds from the New York City Department of Cultural Affairs in partnership with the City Council.